Harry Belafonte, Coretta Scott King and the King family at the interment of Reverend Martin Luther King Jr. at Morehouse College. I made this photograph from a four by ten foot wood plank that was attached by four wires (one from each corner) that went up to one wire which was attached to a giant crane that hovered over the internment site. There was no communication between the owner of the crane and the photographers on this flimsy contraption.
Photo by Dennis Brack bb72 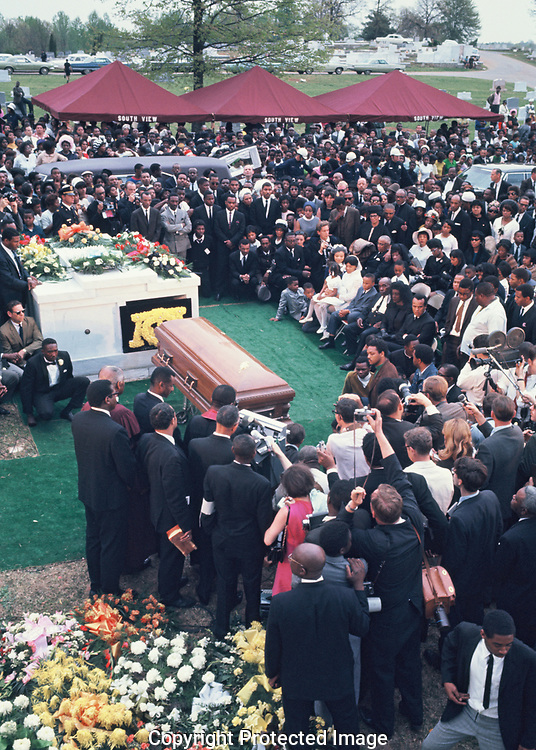