Ronald and Nancy Reagan ride on their ranch, Rancho del Cielo, in California in September 1976.
Photo by Dennis Brack
Photographers note: At the end of Governor Reagan's unsuccessful bid for the presidency in 1976, the Reagans invited just a few of the press that had been covering them throughout the campaing to their ranch for a Barbeque. They gave us a tour even inside of the house. Reagan pointed to a rail fence which was about 200 yards long and told us that this year he did not get the Republican nomination that year, but he did build that fence. Digging the post holes and all. He was very proud of it. Pretty good for a 65 year old man. I suspect that Dennis, an ex California state trooper who used to guard him as governor helped him a little. 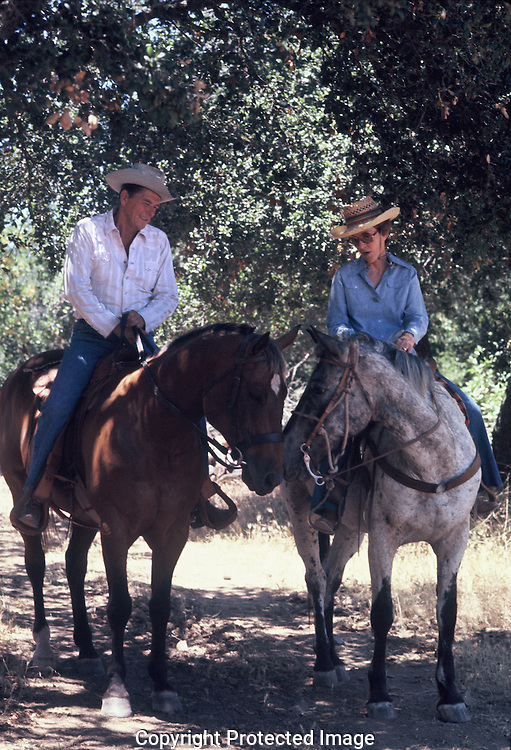