note; Normally the differenc in the bright sunlight and the lacki of light inside the Memorial would make it impossiiboe to see the statue of Lincoln. I put an large elecrtonic flash (1000 watt
dynalite) and strung a wire down the steps and to the camera stand to light the lincoln statue. It worked. TIME used the picture. 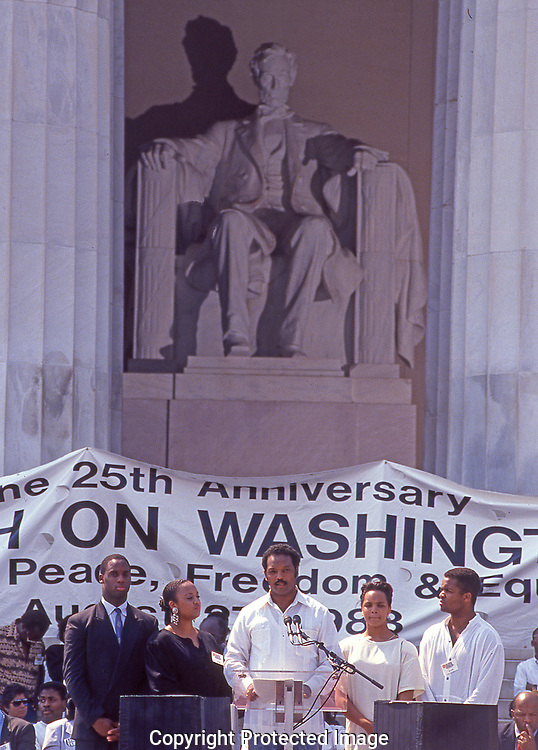